Knowledge is power, empower your future self. You are worth it! Jack
We attached your ebook. Thank you so much, Jack 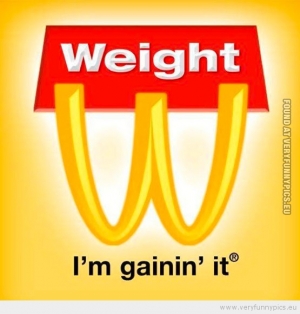 Here's another thing to consider when thinking of disease and weight gain - insulin resistance, which blocks the body’s ability to use energy. Refined carbohydrates - white bread, white pasta, white rice, white potatoes and beverages such as juices, sports drinks (Vitamin Water or Gatorade) and soda - contribute to insulin resistance. They cause a spike in insulin, making you feel poorly and cause the body to pack on unwanted pounds. If that isn't bad enough, the bigger picture of insulin resistance is the fact that it is the single most leading factor in causing heart disease, stroke, dementia, cancer and premature aging.1,2,3,4,5,6.

Dr. Mark Hyman explains that there are over 400,000 scientific studies linking inflammation to almost every disease known to man,7 including heart disease, cancer, diabetes, Alzheimer’s, depression, autism and weight gain. Diabetes with obesity, which go hand in hand, is referred to as diabesity. When fat deposits form around the abdominal region (adipocytes), they store energy but produce hormones and cytokines, causing grave inflamattion!8 Thus begins a cycle of inflammation which in turn leads to more weight gain, eventually leading to diabesity and all of the diseases associated with it.

You can combat this, look to a combination of changes that can be made to control inflammation - reduce stress, increase exercise, practice better sleep habits and eat known anti-inflammatory foods (those that are not processed).  Eliminate inflammatory foods like sugar, processed foods and fats. Increase dietary fiber, like two tbs. of fresh ground flaxseed, while adding both vegetables and fruits daily. Eating smaller portions that include healthy proteins and fats with each meal help in controlling insulin spikes. Walking after most meals or not being inactive for more than 60 minutes at a time (excluding sleep), will increase glut4 receptor's activity and lower the workload of the already overtaxed pancreas beta cells. The glut4 receptors are stimulated by insulin or exercise allowing sugar to enter the cell to be used as a form of energy. This is beneficial because it will give the pancreas, which produces insulin, a breather, in turn lowering the risk of type 2 diabetes development. Just think what a little physical activity and exercise can do to help lead a healthier life!