“Calories In, Calories Out” What a Joke! 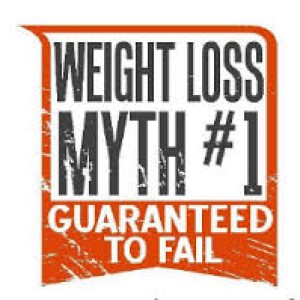 “Factory Foods” are Sickening and Fattening

In a recent study1, it was proven that both the low-fat and low-carbohydrate diets cannot possibly offer pathways towards total body wellness. In fact, both of these diets may even lead to long term weight gain. Again, it is obvious with these diets that the calorie in-calorie out theory does not hold true: a calorie is not just a calorie in terms of how the body handles it.

For example, the low-carbohydrate diet can turn the body against itself as it completely slows down metabolic processes, sometimes a decrease of up to five times slower than the norm (via muscle-loss and by thyroxine (T4) not converting into triiodothyronine (T3), the active form of thyroid). Even though the individual is consuming fewer calories, weight may still be gained because of the metabolism being so slow.  Despite a diet being low in carbohydrates or fat, all that matters is how foods affect the body on a genetic level.

For example, a diet that has a low glycemic load has been proven to cause long-term weight loss, meaning that it helped the body start working for itself instead of setting it up for long-term failure, but that is just part of the story.

Foods that we eat should consist of naturally occurring fats, fiber, vitamins, minerals, antioxidants, and phytonutrients. All of these items are essential in keeping the metabolism revving at its highest possible speed. Foods that consist of these items are considered to be healthy. Unfortunately, the majority of Americans are hooked on unhealthy, processed foods. Most processed foods contain genetically altered pro-inflammatory macronutrients, highly processed unhealthy fats, too much salt and sugar, unhealthy food additives, pesticides, and hormones.  Each of these items, but especially a combination of them, contributes to a lack of the essential nutrients previously listed. The end result is a majority of not only obese children and adults, but also a large group of children and adults who are also deficient in most essential nutrients2.

There have been several studies published regarding the timing of meals, however, the truth remains that no matter when you eat food, it must be digested and absorbed by the body. Timing enters the equation as the decision-maker as to whether the food will be burned as energy, stored as energy in fat cells, converted to muscle, or transported to the liver for the production of glycogen. Therefore, if you are eating the majority of your calories before bed, it’s going to be stored as fat!

A current trend in research has pointed to the fact that eating breakfast has several benefits, including: enhanced cognition, lowered total intake of calories throughout the day, stopping  “hunger chasing” and the prevention of obesity relapse15.

Foods that are not grown in the soil but are made in a factory are extremely sugary, salty, and fatty: these artificial and over-processed foods become addictive to the body3.

This addiction is purely neurochemical and cannot be controlled, even with the best willpower<sup4.

Foods that are high in both sugar and fat content work precisely like opium, heroin, or morphine, as detected by PET scans (brain image)5. These types of foods release the body’s own opioids in the brain. The neurotransmitter dopamine works exactly like other addictive drugs by stimulating the brain’s reward center6. Individuals who are addicted to drugs, as well as obese individuals, have lower number of dopamine receptors causing uncontrollable cravings – an occurrence that is repeated when food is the addiction as well.  In this case, when the level of sugar drops below the body’s acceptable value (in the case of an addict), serious withdrawals are sure to follow.

Calories ingested through beverages are even worse. This intake is the single greatest source of added sugar in the diet causing obesity7.  In fact, from 1977 to 2002 consumption of calories through sweetened beverages doubled.  This led to obesity rates doubling in children ages 2 to 11 and, tripling in adolescents ages 12 to 198.

Refined carbohydrates come from foods such as bread, pasta, rice, potatoes, and in beverages in the form of liquid calories through juices, sports drinks, vitamin water, and soda. All of these foods contribute to the development of insulin resistance thereby making us sick and gain weight! Foods that cause a rapid spike in insulin not only make you feel poorly, they also make you gain weight!

Did you know that insulin resistance is the single most important factor in causing heart disease, stroke, dementia, cancer and/or rapid rate in premature aging and weight gain9,10,11,12,13? A high level of insulin leads to fat around the belly which perpetuates inflammation and oxidative stress, leading to sickness and weight gain.

Kallio et al14 took two different groups of pre-diabetic patients and provided both with the same amount of protein, carbohydrates, dietary fibers and fats for 12 weeks. One group was fed rye (low insulin response), while the other group was fed wheat, oats, and potatoes (high insulin response). The group that was given oats, wheat and potatoes had an increase in stress molecules, leading to increased oxidative stress, increase inflammation, and an increase in abdominal fat.

With all of this information, clearly the “calorie in – calorie out” rule is simply not true. Eat healthy & loss-weight permanently!